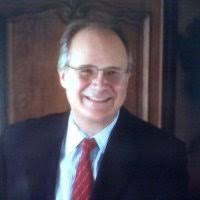 With over 25 years experience, JOT Couch is a leading expert in the affordable housing industry. Having served as a full-time consultant, developer, and Executive Director for a professional non-profit organization, his knowledge base has a far reach throughout the United States.

Public service and housing has always been a part of Mr. Couch’s life. After serving our country as an officer in the United States Army during the Vietnam and Cold War eras, in ___, Mr. Couch earned a Bachelors in Business Administration in Engineering from the University of Texas. In ___ Mr. Couch earned a Masters Degree in Business Administration (MBA) from Bowling Green State University in Corporate Strategy and Finance. After obtaining his MBA, Mr. Couch served as a Management Consultant with Ernst & Ernst (EY), where his responsibilities included the design and implementation of management information systems, conducting feasibility studies on supply and demand for hospitals and urgent care facilities, appraisal review, and energy efficiency analysis. His time there revealed an opportunity to help the small business community, and within five years, Mr. Couch took that opportunity. Mr. Couch founded an independent consulting practice focused on providing enterprise growth strategies for small and medium sized businesses. His primary client base included title companies, networking companies and real estate companies. Here, Mr. Couch found personal reward in improving the lives of others – and housing became his passion.

In ____, Mr. Couch created the National Land Development Company; the company was headquartered in Texas, with a location in Ohio. As an independent real estate developer, Mr. Couch traveled throughout the United States approving site selection and conducting pre-development due diligence for apartment communities. His work emphasized re-zoning and involved the strong collaboration with neighborhood committees and individuals around the country to obtain their approval while simultaneously coordinating the architectural and engineering plans and conducting environmental research of all proposed sites. Under Mr. Couch’s vision, guidance and leadership, the National Land Development Company successfully procured the acquisitions and sales of over 5,000 apartment units, hotels, and office buildings throughout the United States – creating countless jobs and myriad opportunities for individuals and families along the way.

Throughout his tenure with The Inter-Faith Group, Mr. Couch has been responsible for compliance, management, acquisitions, construction/development, strategic developments and grants. In ____, the Inter-Faith Group asked Mr. Couch to serve as its Executive Director. For ____ years, he has held this role, providing invaluable insight to the organization in immeasurable ways. Most notable affordable housing initiatives spearheaded through Mr. Couch include “The Good Neighbor Program,” and Portfolio Resident Services, which provides high quality resident services at affordable multi-family properties in Texas for a reasonable cost to the apartment owner, at no cost to the residents. Today, Portfolio Resident Services serves an affordable housing population estimated to be in excess of 60,000 low-moderate income individuals within 250 communities, and continues to expand. This endeavor is the largest, and fastest growing, third-party resident service provider in the nation.

In addition to his work within The Inter-Faith Group, Mr. Couch continues to strive to make an impact on affordable housing policy. He has served on several well-known affordable housing Boards, including serving as 2001 Board President of the Texas Affiliation of Affordable Housing Providers (TAAHP), a round-table member of the Texas Association of Community Development Corporations (TACDC), Board Member for the National Housing & Rehabilitation Association (NH&RA), as well as membership to the Institute of Real Estate Management as a CPM, and the National Association of Realtors, as a Real estate Broker.